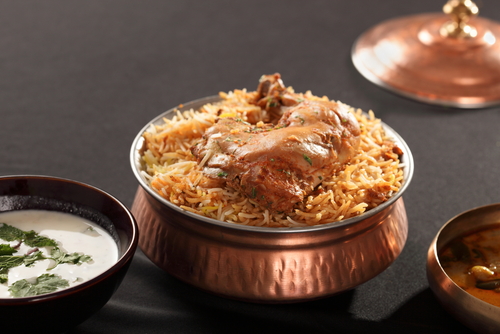 A typical Hyderabadi Chicken Biryani is cooked in a variety of ways but two most famous and widely-practiced forms are:

Step 2: Preparing the dressing for the chicken

Step 3: Preparing the rice for biryani