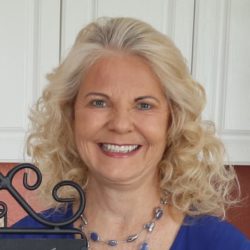 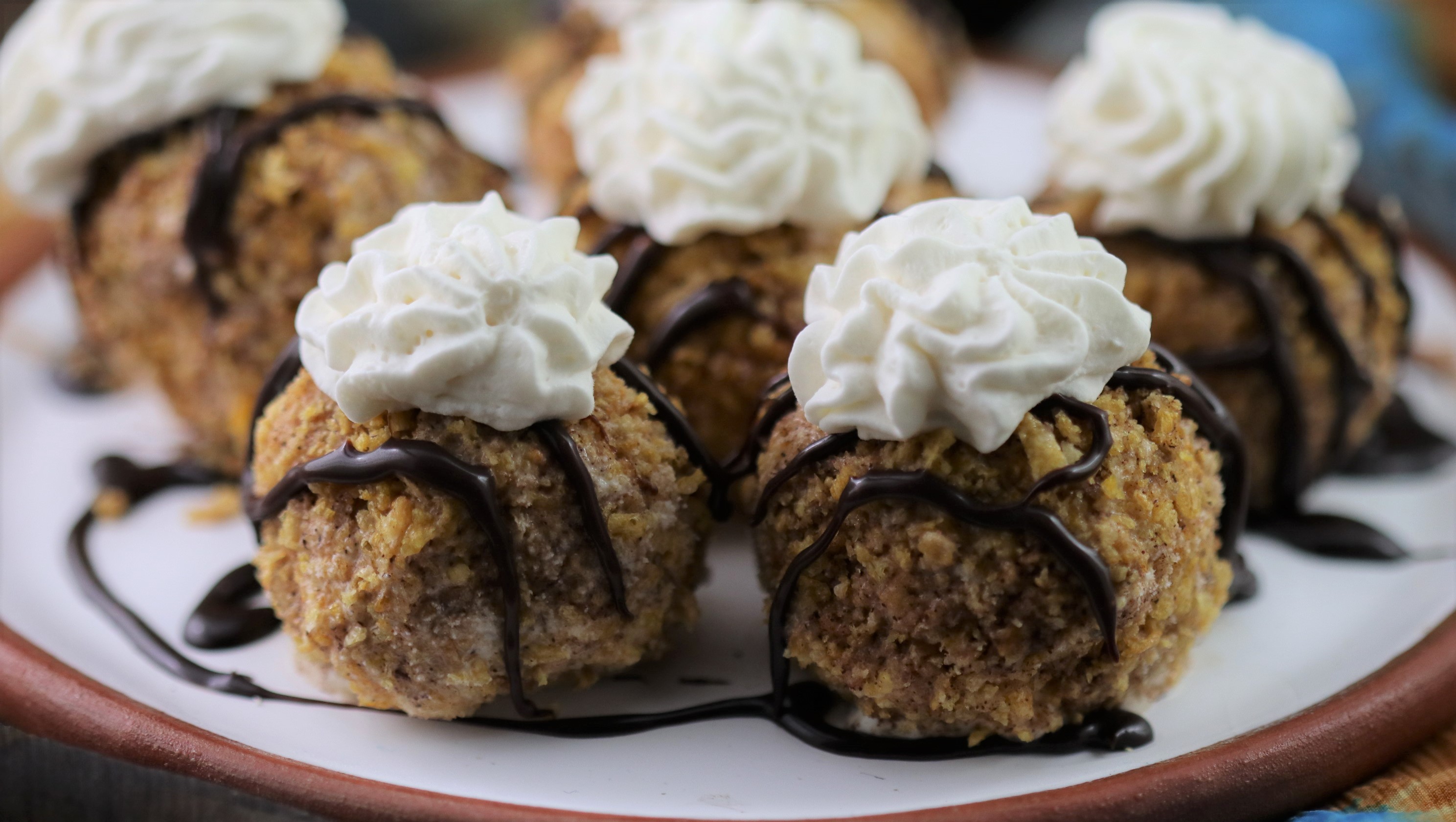 Mexican Ice Cream – creamy vanilla ice cream on the inside with a cinnamon crunch coating. Add a little cayenne to heat up the coating.  Drizzle with some Hot Fudge and top it all with whipped cream.  Oh, so good.  A good quality vanilla ice cream is essential for making these treats. The crunchy coating can be corn flakes, frosted flakes, or even cinnamon toast crunch cereal. If you want to spice up the crunchy coating, add a pinch or more (for those who like it hot) of cayenne pepper to the cinnamon-sugar mixture. When you are ready to serve, the little Mexican ice cream balls, drizzle them with hot fudge and top with some whipped cream. You can make the Ice cream balls up to a day in advance of when you want to serve them.  Store them in an airtight container until ready to serve.

Crush the frosted flakes with a rolling pin or by hand until they are crumbled. set aside.

Add the cinnamon and optional pinch of cayenne pepper to the granulated sugar and mix together.

Remove 3 ice cream balls at a time and roll each ball first in the crushed cereal. You may need to press the cereal into the ball to make the cereal stick to the ball.Then roll in the cinnamon-sugar mixture. Roll a second time in the cereal.

Whip the heavy cream until soft peaks form. Add the powdered sugar and vanilla and whip until stiff peaks form. Put whipped cream in a pastry bag with a medium star tip.

Remove the Mexican ice cream balls from the freezer and place 3 balls on each plate.

Drizzle with hot fudge and top with a rosette of whipped cream. Serve immediately.